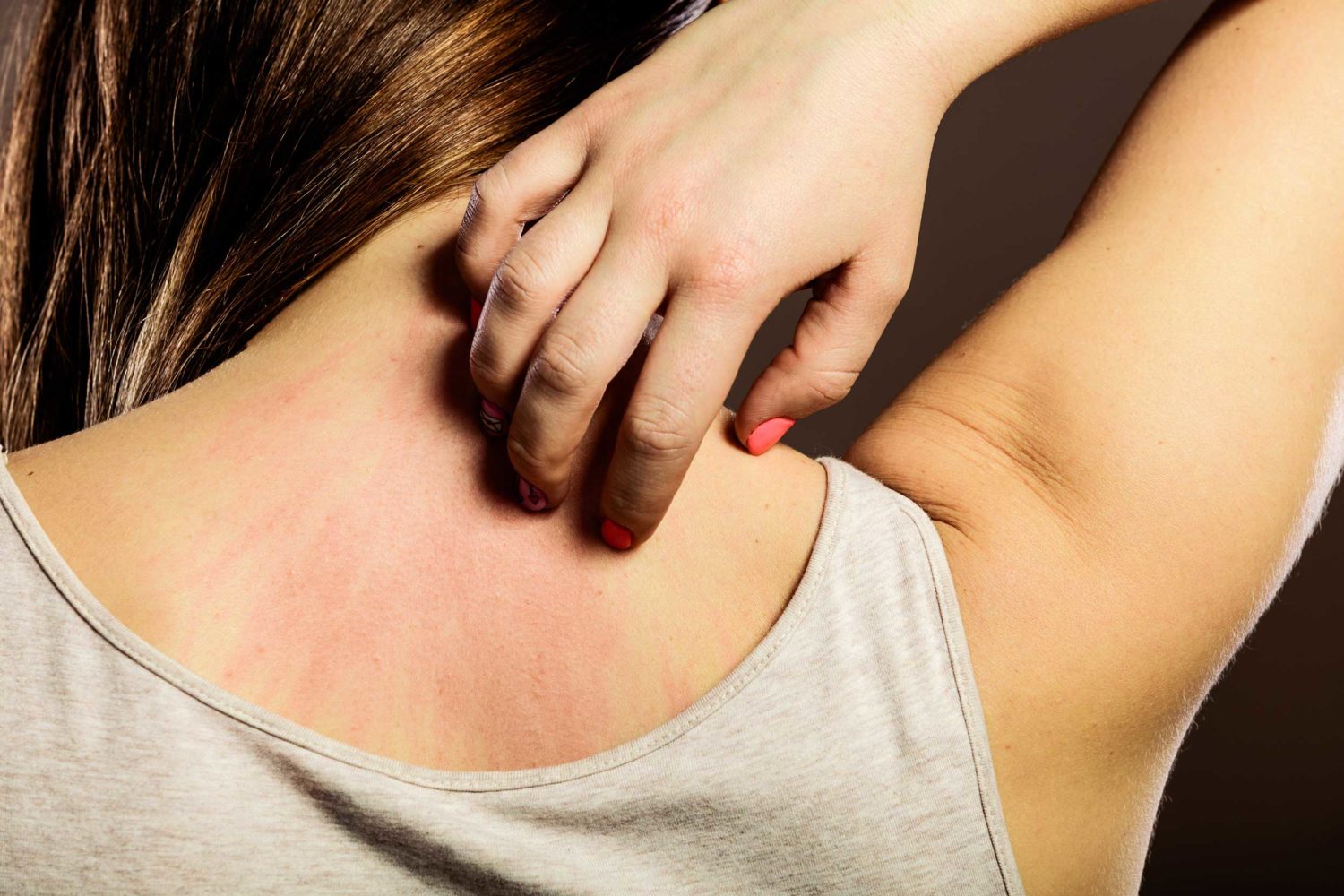 Help others heal by sharing!

Does food really have an impact on psoriasis & eczema? The answer is 100% yes! Many people (self-included) have healed these conditions naturally with a plant based diet. Psoriasis and eczema are caused by a toxic liver, specifically an accumulation of pesticides and the heavy metal copper. Pathogens in the liver feed on these toxins and release byproducts that are called dermatoxins. These dermatoxins can only be released through the skin. Dermatoxins are what cause the redness, itching, flaking, pain, cracking & oozing skin associated with psoriasis & eczema.

Removing the foods that feed the pathogens in the liver is a critical step in healing. Once those pathogens no longer have a food supply, their ability to reproduce is substantially lowered (and so are your skin symptoms).

What should you avoid?

Eggs are viral feeders. In fact, when viruses are replicated in labs they are injected into hen’s eggs to grow! Viral infections are major triggers for thyroid conditions and when you eat their favorite food (eggs) it helps those viruses grow stronger. This further weakens your thyroid and causes you more harmful symptoms.

Avoid milk and dairy products, like cheese, butter, yogurt, cream cheese, kefir, ghee. Dairy is another favorite food of viruses. Avoiding it will help to lower your viral load and promote healing.

Going gluten free is quite common now and many people experience improved health after removing gluten. That’s because gluten containing grains, like wheat, rye, & barley also promote viral growth and the release of viral toxins that can cause headaches, brain fog, aches, pain, & more symptoms. Gluten free is the way to be!

Although canola has been touted as a health food, more and more evidence is showing connections to neurologic problems like Alzheimer’s. Canola oil is commonly found in packaged foods and used for cooking in restaurants. Olive oil and coconut oil are the best oils to choose.

Corn used to be a healthy grain, however over the years, it has been abused by high pesticide use and now been genetically modified. Even organic corn is often tainted by cross-contamination with GMO corn. Avoid corn and its derivatives, corn meal, citric acid, high-fructose corn syrup, and grain alcohol.

Soy is also genetically modified and has been abused by pesticide exposure. The high fat content of soy causes it to hold onto high concentrations of pesticides & herbicides. It’s best to avoid soy, but if you do eat it, do so sparingly and choose organic, non-GMO, sprouted soy (which is lower in fat & therefore has less of a chemical burden).

The type of fat in pork is very difficult for the body to metabolize. When fat builds up in the blood, the oxygen content lowers and it burdens the liver. The combination of low oxygen & toxin accumulation can increase symptoms.

If this list is overwhelming, don’t feel like you have to stop eating all these foods at once. Gradually easing into dietary changes is usually the best way to go. Start with the options that are easiest to give up or focus on one meal at a time. For example, if you eat eggs for breakfast every day, try swapping that out for a smoothie or oatmeal with fruit. You can also check my list of preferred products & foods for options that are free of pathogen feeding ingredients.

This contents of this website are for informational purposes only and are not intended to substitute for professional medical advice, diagnosis, or treatment. Always consult with a knowledge healthcare provider before making any changes to your diet, exercise routine, medications, or nutritional supplements. Never disregard medical advice, delay medical treatment, or discontinue medical treatment, because of information on this website.